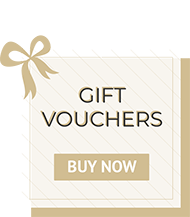 ‘The Big Fellow’, as Michael Collins was known, was an Irish revolutionary, soldier, and politician who was a leading figure in the early-20th century struggle for Irish independence. Having fought in the Easter Rising in 1916, Collins rose through the political ranks and was elected as a representative politician for South Cork and appointed Minister for Finance in the first Dáil. He was a major figure in the War of Independence, a key negotiator of the Anglo-Irish Treaty, Chairman of the Provisional Government of the Irish Free State, and commander-in-chief of the National Army until his untimely death during the Irish Civil War.

Michael Collins spent his last night on earth in room 115 at The Grande Dame of Cork, The Imperial Hotel, 100 years ago, before he was killed on that fateful day at Béal na Bláth, West Cork. We have since transformed room 115 into something incredibly special, the Michael Collins Suite.

The Suite includes the following:

Escape Spa provides a range of treatments, pre-booking is essential

All our rooms are non-smoking, and we respectfully ask guests to refrain from smoking whilst in the hotel.

If you are traveling with others, our team would be happy to arrange rooms on the same corridor where possible. Please contact reception in advance of your stay for any special requests, we would be delighted to assist!